During surface sounding, sections of the terrain are examined for munitions and unexploded bombs. In the geophysical exploration of the near-surface subsurface, we use established and meaningful investigation methods for the detection of explosive ordnance. Depending on the local conditions, we use the following measuring methods:

Geomagnetics is the most common method for searching for munitions underground. Passive magnetometer probes can be used to measure ferrous objects in the ground. Magnetometers are used as single probes for the hand, in combination with several probes or also in borehole magnetics. Depending on the nature and size of the areas to be investigated, these systems can be GPS-supported, manually pushed or vehicle-supported. The results of the probing are then processed on the computer by our geophysicists and evaluated for ordnance-relevant anomalies.

Electromagnetics, also referred to as TDEM (Time Domain Electromagnetics) or simply EM, is an active measurement system. Where geomagnetic data can no longer be meaningfully evaluated due to local disturbances caused by adjacent development, lines of fill such as recycling, an active method such as electromagnetics offers some advantages. For this purpose, a primary magnetic field is induced in the subsurface using a transmitter coil. All conductive materials are excited by the primary field and form a secondary magnetic field, which is measured by receiving coils arranged above it and stored in different time windows. In this way, a differentiated image of conductive bodies in the surface can be created and evaluated.

We work competently and reliably - from consulting and quotation to the completion of the project. We are happy to receive your inquiries by phone or e-mail.

Mail:
Send us an e-mail

Why are we the right partners
for your project?

As a specialized company according to § 7 SprengG, we employ experi­enced geophysicists and technical supervisors.

We process your inquiries as quickly as possible and react flexibly to the requirements of your construction project.


 The entire project
from a single source

We guarantee efficient processing of your project - from house connections to large-scale renovation projects. 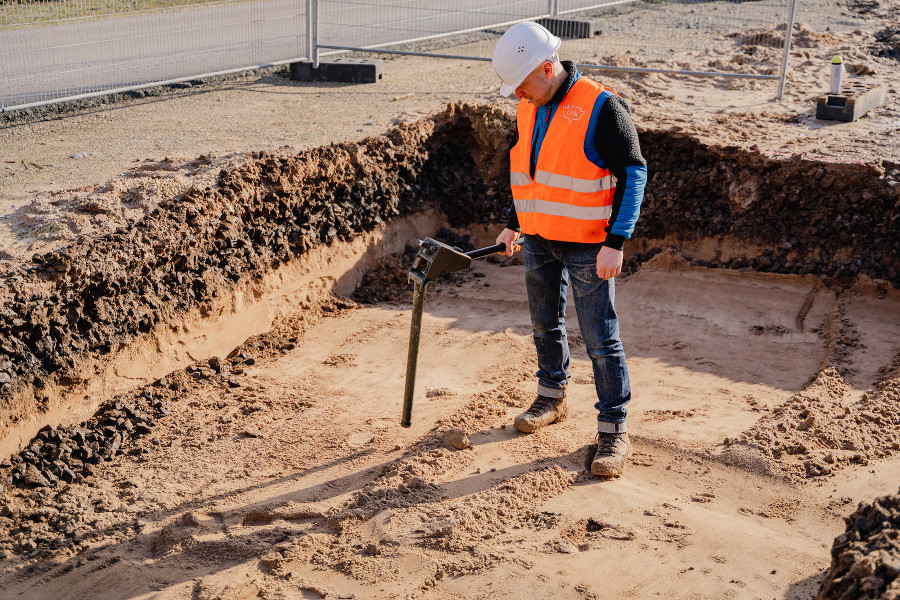 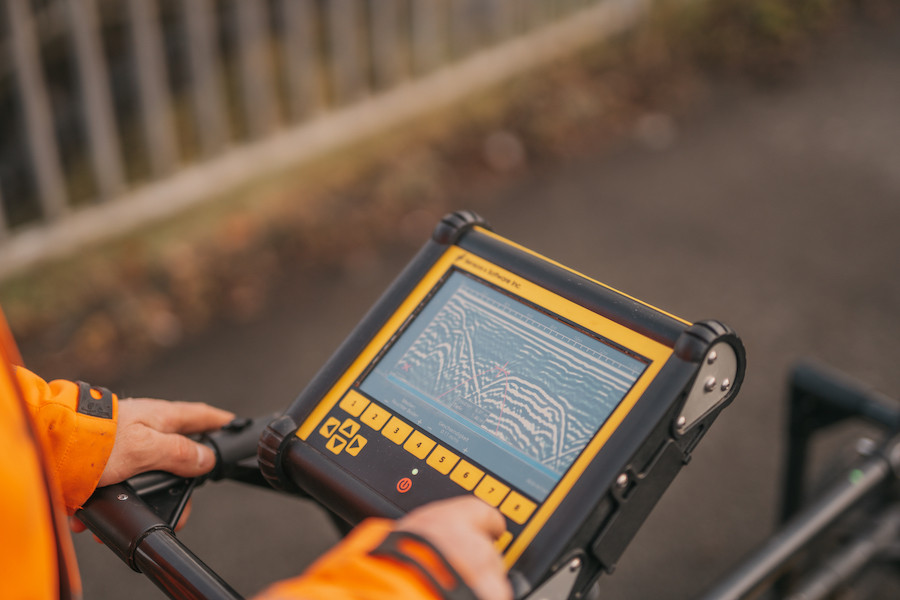  „You would like to learn more? Benefit from our many years of experience and our qualified specialist staff. We are happy to advise you personally at any time!“
Contact us »